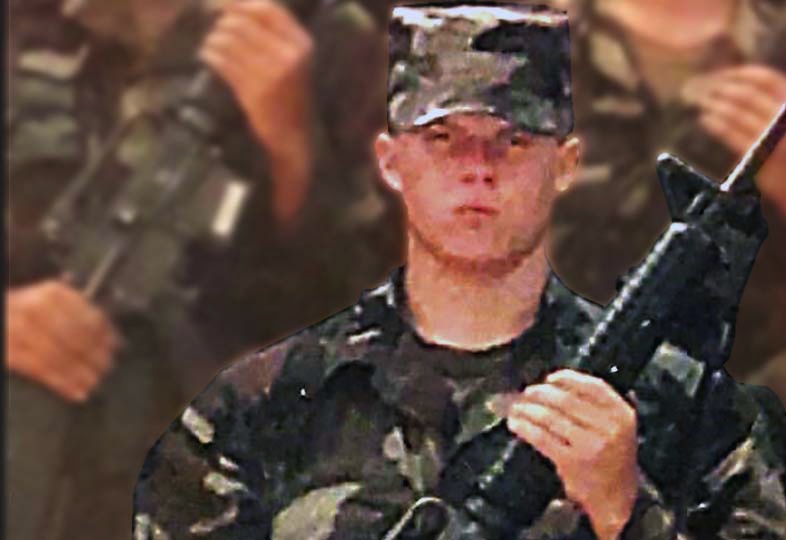 I can remember it clear as day…frankly it was something like a right of passage, truly unforgettable.  It was a hot June early morning (like 9) and I had spent probably 5-6 days at the 30th AG reception battalion at Sand Hill, Fort Benning, GA.  I was waiting for my “line” to get the call to be transferred to an actual basic training facility.  I was a National Guardsman and I went to training in 1997 during a presumably peaceful time.  We had no idea what awaited us in a few years to come.  Soon we got the call to go to basic and of course the “shock and awe” was immeasurable.  There wasn’t any loving feelings displayed towards us, no endearing words, nor any resemblance of care for our feelings.  At the time it was terrible but looking back on it, I wish I could do it again knowing what I know now.  I would have been even more a sponge a second time around. 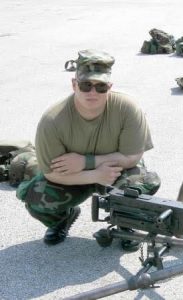 Fast forward through the basic crawling hell phase, and we were well into our routine of wake up, work out, run, eat, train, shine boots, clean weapons, shine boots, eat, train, and sleep all over again.  What I was really looking forward to though was the shooting phase.  Since I was an infantryman, I knew this skill would serve me the best if I ever had to use it in a real-world situation.  Once our call came to train with real M-16s and not the “rubber duckies” we would sit in old barracks and learn things like sight picture, which aperture hole to use on the rear sight and why, dime and washer drills on the end of a cleaning rod, trigger squeeze, and breathing control.  We worked on these skills for countless of hours before we even set foot on a live fire range to really shoot.

I had shot .22 LR before and shotguns, but I had never really used something larger than that.  This was going to be a truly fun thing for me to get involved in.  What I didn’t know at the time which I obviously know now; the 5.56 round is quite small (relatively speaking) to many other rounds we see in common use by shooters in different areas of life.  However, hit with one of these rounds in the right spot, they can be absolutely demoralizing, devastating, and deadly to a foe or an animal.  I remember the drill sergeants hammering into us the idea that we needed to have as solid a shooting platform (base) as we could muster situationally.  Of course, during “zero fire” and qualification fire from 25 yards out to 300 yards we had hard dirt, concrete foxholes, and semi-concrete pads to shoot from.  This was a far cry from the type of shooting we would train to do if God-forbid we were thrust into action somewhere.  This was the easy part, but this was the most important stage of shooting for us because the fundamentals I would learn would carry me throughout my life, even now.  I still think about the screaming in my ear and the constant thumps of cleaning rods on my “pot” (Kevlar helmet) and the uber exciting brass and ammo checks afterwards…”No brass no ammo drill sergeannnnnnt!”

The most important fundamental I could think of for a beginner shooter or even an advanced shooter would be to establish a good base.  Sometimes that base will be something man-made like a solid shooting pad with bags, a tri-pod, a concrete foxhole with bags, etc.  Those bases offer some of the best shooting platforms I can think of.  Then, you have things like the unsupported prone position with your elbow off of your knee while sitting, unsupported on your belly and your base could either be uneven or unsteady, or both.  The trick here is using your own body to negotiate the variable to provide for a stable enough platform to make a good shot.  Believe me I know I could be missing more, but I’m trying to streamline this for reading purposes.

Second, I think a good shooting fundamental after establishing a solid base is to ensure that your rifle can be manipulated easily enough without drastic changes to your sight picture for follow up shots.  What I mean is if you take a shot and the rifle isn’t supported enough and/or you aren’t behind your rifle properly to allow for natural recoil, the recoil could interrupt good follow up shots because your eye would lose focus on your target down range by changing your cheek weld on the stock of the rifle.  This is where holding the rifle securely (but loose enough you aren’t using a death grip) is important and allowing your body to be a natural sponge for the inevitable recoil.  The rifle shot, as it breaks should naturally recoil into your shoulder allowing your cheek to stay in constant contact with the stock allowing for quick and accurate follow up shots.

Third, I believe shooters need to know how to squeeze the trigger.  I use the term squeezing the trigger rather than pulling it because pulling makes one thing of a jerking type of motion without real control, rather just brute force.  Squeezing to me, sounds like a much more controllable effort being placed on a trigger.  When seating a shooting finger (usually index) onto the trigger one has to be careful not to “hook” their finger too far around the trigger as to elicit a pulling or jerking motion which will cause huge variations on shot placements or misses altogether.  A good shooter should use the meaty portion between the tip of the finger and the first bended joint and make solid contact with the trigger.  When breaking a round off (squeezing the trigger) one should focus on keeping the entire body (trigger hand included) still while putting just enough force on the trigger bending only the trigger finger from the middle knuckle forward slow and steady until a shot surprises the shooter (in theory.)  Ultimately a good shooting fundamental is knowing your rifle and when the trigger will ultimately hit the break point and discharge a round.  So when I say “surprise” I mean you shouldn’t anticipate it.  Just let it happen when it’s supposed to. 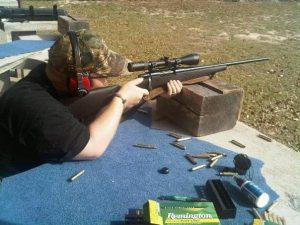 The last fundamental I see as being so important to a shooter is the breath and follow through of the shot.  Breathing can cause rising and falling of the barrel.  The heartbeat can also cause shaking of the sight picture and movement of the barrel as well.  The tiny movements you see in your breath and your heartbeat can equate to huge variations of your shot placement and even catastrophic misses that could be fatal in a real-world situation.  I was taught in basic training to focus on taking in a relaxed breath and blowing it out until the lungs were about a half full and hold it while you’re squeezing the trigger until the break.  Some will tell you to breath in and hold your breath.  Others will say its most important to blow out all the breath and squeeze the trigger in between heartbeats.  I’d say its preferential.  I prefer what I prefer and other prefer what they prefer.  Ultimately getting the job done (whatever it may be) is the key.  After the shot has broken something that is often overlooked is the follow through, meaning squeezing the trigger until it breaks and allowing the rifle to recoil naturally into the shoulder without any other movement for three to four seconds is what I was always taught.  It’s kind of like a follow through on a basketball shot, a baseball swing, and a golf swing.  There is a science to it and it is a proven thing as well.

Again, these are just the things I was taught.  While I know some readers might say I’m completely wrong or I forgot about this or that, sure there may be some things I’ve missed or could have expanded on or left out, but this writing is designed for someone to get a brief laugh and feel like they gained a little information.  This article is never meant to  replace good instruction from live and qualified individuals or gun safety.

Last but not least, never point a gun at anything you don’t intend to shoot, keep the barrel pointed down range, and always have fun and be safe.