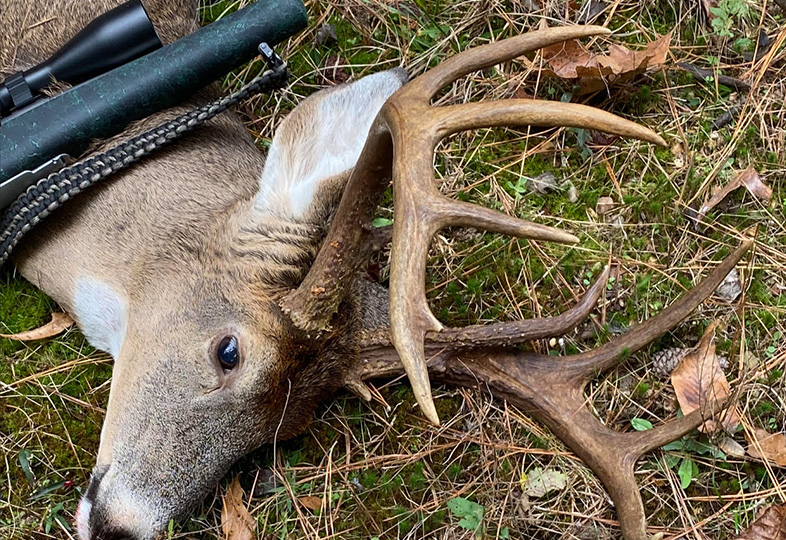 Every deer season for me in Southern Missouri is always a challenge since I do not own a large piece of land. The public hunting areas are always extremely busy our short firearms portion of the season. So every year I go back to my home state of Arkansas for my yearly hunt, tucked back in the pine trees and Sypris knees near the small town of Fordyce.

I hunt with Jacks Creek Hunting Club, of which my Brother-in-law and oldest Sister have been attending since well before I was born. We spend more time around the campfire listening to old timers tell stories of the old days than we probably do hunting, but the fellowship is truly priceless.

All that being said, I am not one who usually has much luck in the woods. Perhaps due to limited amount of time I spend hunting. I’m normally at home on the shooting range, at a competition, or at my work bench setting up hunting rifles for others.

I get to my dear stand and… drum roll please…Squirrels is all I saw.

Now I’m not going to lie I may have been napping a bit that morning especially since we stood around that campfire till about 3 A.M. telling tall tales, smoking good cigars, and sipping a little whiskey to keep warm.

As is customary for opening morning most of us came back to camp a bit early for breakfast, and to see if anyone had any luck. No luck had been found that morning. So, Mike, my brother-in-law, and I went out for a little midday scouting. We saw a few doe and a couple of spikes but nothing of note, so we got ready for our afternoon hunt. I didn’t expect much considering the poor weather and the lack of things I’d seen that morning. I had been on my stand for about an hour when a nice 7-point buck walked out barely 15 yards from me. So close that I considered an opportunity with my revolver. This would have been the second largest buck I had ever gotten, but I could hear the grumbling back at camp in my head. We have all noticed the lack of good bucks around the area, and this one was simply too young.

All night I was sick with my decision to let him walk away.

As morning rolled around everyone was getting ready to head out when Mike asked where I was going to go. I hesitated because I wasn’t sure, and he told me that I should try my sisters stand since she wasn’t at camp that day. He said “that stand is due a good buck” so, almost reluctantly, I start that direction.

I watched doe for about an hour up on the hill when a sound behind me made me turn around. There stood the biggest buck I have ever seen while hunting. I hurry to shoulder my rifle as he begins to run down the shooting lane, I try to steady myself through the anxiety of the moment. Then he stops and turns. I take a breath and begin to squeeze the trigger. I finally found the luck.