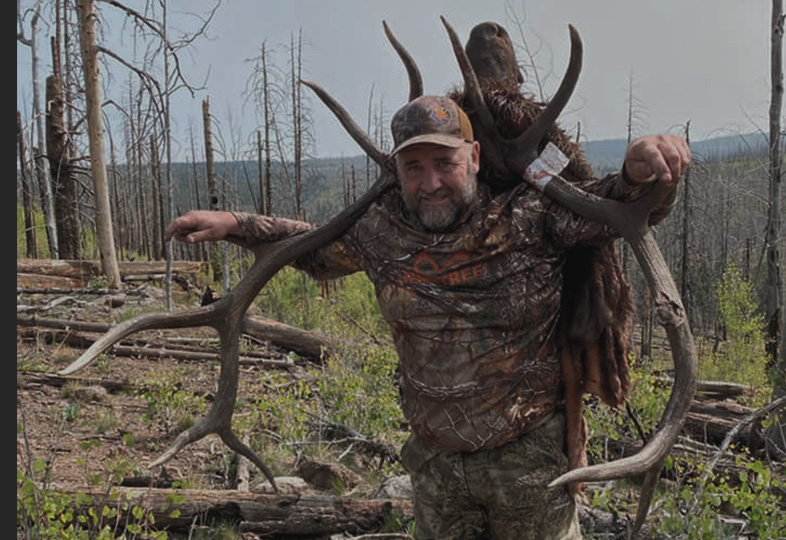 September of 2020 was my year. I finally drew an Arizona archery bull elk tag for Unit 27. This would be my first major elk tag, as I have only drawn a cow tag and a limited opportunity tag over 20 years ago. My 18 bonus points finally paid off. I was beginning to become frustrated as it seemed most other hunters drew this tag with an average of 6-7points. I was wondering if AZGFD did not want me hunting.

Scouting up until the hunt was tough. The weather was hot, little to no rain, and all the water in the area seemed to be drying up. And what water was there seemed to have 4-5 game cameras on it already, so I did not even bother putting any out. Calling was sketchy as well. It seemed very few bulls were bugling, and those that were would shut up or leave as soon as they heard a cow call. I was going to have to rely on the good old spot and stalk using my Riton Primal 10×42 HD’s.

Day one started with a large cluster of hunters. The area I wanted to hunt had at least 5 vehicles driving in front of us and 3 behind us. But I knew they were not going to where I wanted to go. As I thought, all the vehicles stopped or pulled over and we continued to the end of the road.

It was heavy fog on opening morning, so we slowly worked our way into a canyon I knew held a few wallows and had seen bulls in the day before. We did hear a couple bugles way up high out of the canyon and saw a few cow elk at the very tops as well. We sat in an active wallow all day until almost dark before we decided to head back towards the Can Am. As we were walking out all the elk we saw were at the very tops of the ridges and mountains. I put a lot of hours behind my binos that day, and the plan for day 2 came into effect.

Day 2 found us getting up an hour earlier and heading to the same general area, but by a different route, a little two track that came in the back way that very few people knew about. We were in the area an hour before daylight and moved as quickly as we could to the top of the ridge where we were seeing all the elk the day before. Day one proved to us the elk were up in the thick timber before the sun came up, and not coming out until after the sun went down.

We got on the very top just as shooting light came. As we worked our way through a thick set of aspens, we bumped some elk. We did not see them, but there was nothing else it could have been as they crashed through the trees. I knocked an arrow and we slowed our pace down substantially. We softly blew quiet cow calls every 30-40 feet as we worked our way across the top of the thick timber.

Then we heard it. A small branch break 30-40 yards ahead of us. Then another branch break which pinpointed the direction an elk was coming from. It was very thick timber, so I moved about 20 yards towards the edge of the ridge where I could see off the side a little bit. Then I saw the antlers walking towards me at an angle.

I drew back my Mathews Z7 equipped with Element Archery Arrows, and 100 grain Magnus Stinger Buzz Cuts and waited for the bull to clear one set of trees. The bull stepped out at 20 yards and I released the arrow hitting the bull with a perfect heart shot. The bull ran about 75 yard and piled up and it was the greatest thrill in the world to watch him pile up. I was able to watch my bull from 10 seconds before I shot until he took his final breath.

The experience of harvesting a mature Arizona archery bull is something I will never forget. And as they always say now is when the work begins. Luckily, I had had 3 other guys at camp just waiting for my phone call to come help. Using the gutless method, we were able to get every piece of meat and the head out in one trip.

Although I wouldn’t change it for anything harvesting the bull on day 2 of a two-week hunt was kind of bittersweet at the time. But looking back now on how the rest of the hunt went for others, I am so glad I did not pass up on my awesome 340 Bull.